[introduction to collection]: hookah originated in India in the 13th century. Made of coconut shell and diabolo tube, it is mainly used for smoking old-fashioned black tobacco. And the Arabs developed hookah to the peak. For Arabs, pumping smoke is absolutely enjoyable. Many people have their own water pipe in different places, and those who want to save trouble and pay attention to it take silver cigarette holders with them. It is not only a cigarette set, but also a beautiful handicraft placed at home. 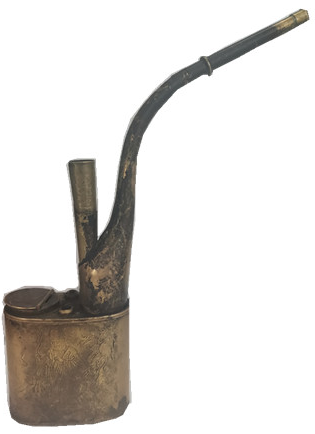 It was introduced into China in the Ming Dynasty and later developed into varieties such as Lanzhou and Shaanxi. In the book of Yanpu published in the middle period of Qianlong, it is mentioned that "it contains water in the mouth first, so the nature of the smoke is strong, but it is not poisoned by it... Or it uses a tin bowl to hold water, and another tube is inserted into the bowl, with a tube like a crane's head on the side to make the smoke pass through the water, which means that the people of Fujian First contain the meaning of cool water." In the middle and late Qing Dynasty, water pipe became the second most popular way of smoking in China. Therefore, water pipe was more common in the late Qing Dynasty and the early Republic of China. Smokers ranged from royal family members to merchants and farmers, and even Empress Dowager Cixi also became supporters of water pipe. There are also water pipe relics she used in the Palace Museum. It can be used not only as an object of enjoyment, but also as a symbol of identity. 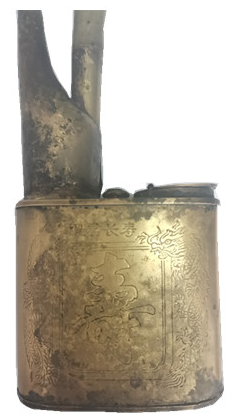 This collection is a water pipe with the character of dragon and Phoenix presenting auspicious life. It has exquisite craftsmanship and vivid engraving of dragon and Phoenix. It is an exquisite product for the Royal aristocracy. It is engraved with the character of life in the middle. The strokes are vigorous and powerful, and the overall preservation is relatively complete. Nowadays, the value of water pipe has exceeded its own use value. It has become a symbol of Chinese aesthetic art, a reflection of Chinese social life style and characteristics of the times, and a miniature of Chinese traditional culture. 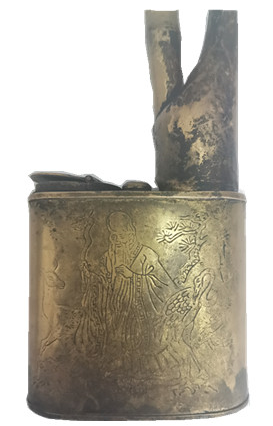 Longevity, also known as the Antarctic old man star, is the God of longevity in ancient mythology. It is also an immortal in Taoism. Originally named as a star, it is one of the three stars of fortune, fortune and longevity. After Qin Shihuang unified the world, he built the longevity temple in Du County near Chang'an. The pot body is engraved with a birthday gift, implying good luck and longevity. As a kind of luxury goods in domestic shooting venues, the cognition of water pipe is still very limited, and many collectors pay attention to it as soon as it is launched. Nowadays, with the improvement of people's living standards and the emphasis on traditional culture, the water pipe bag has become an ornament for people to nostalgic and trace back to the ancient times, which is sought and sought by collectors, and is shining in the collection market.